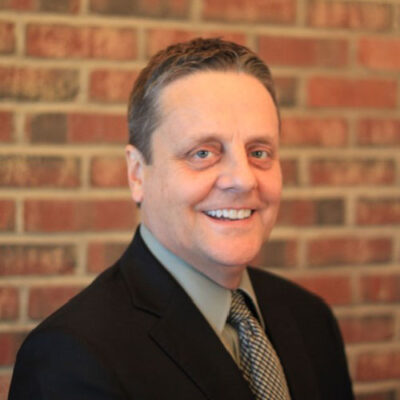 Fastening needs for automotive are changing, especially in the electric vehicle market. Customers are demanding more durable under head sealants that allow for reusability. The stakes are high, since sealing an enclosure which houses battery packs is critical. Moisture penetration can generate explosive/flammable gasses, which raises concerns for car designers. In addition, these packs sometime need to be serviced, and current designs often use dozens of fasteners to close the top of an enclosure. Each of these fasteners must retain integrity after multiple installations, to prevent the aforementioned safety concern. The photograph above represents a typical OEM approved under head fastener sealant after one installation. Notice the seal is near total destruction. Comparatively note the NySeal® 2.0 (photo on the right) has excellent performance even after 5 installations.

Nylok LLC has been in the business of providing value added fastener solutions since 1942. These solutions fall into categories of both fastener locking and fastener coatings. Nylok “patch” solutions, both single use adhesive patches as well as multiple use nylon patches, have been the mainstay of Nylok from the early days. The adhesive patch solution is comparable to another well known adhesive, Loctite®, except for the fact that Loctite® is mostly hand applied by the customer, whereas Nylok Patch is pre-applied to bulk lots of fasteners. This makes the patch application more consistent, efficient, and commercially viable for assembly line production.

Listening to the Auto OEM’s—What Issues Are They Facing?

Fast forward to 2022, Nylok’s new product efforts have focused on voice-of-customer OEM driven needs. Another recent invention by Nylok involves modifications to fasteners to eliminate accelerated corrosion when fastening against dissimilar materials. These include but are not limited to carbon fiber, magnesium, stainless steel, and aluminum. Fastener engineers generally prefer to use steel bolts in their joint designs, but doing so against these dissimilar materials can have disastrous results unless a barrier coating is incorporated. As a result, Nylok developed a galvanic corrosion prevention coating for steel fasteners, called NyShield®, which provides a 15+ year field life without significant corrosion occurring.

According to their comments, significant automotive OEM’s claim that reusability for under head sealants is very important. Therefore, Nylok went to work to develop a tough, resilient sealant that allows for effective sealing, even after repeated installations. Presently, work has been done on fasteners as large as M10’s and above, and has proven reusability up to and exceeding five times, after being driven to installation torques of 55–95Nm. This is a significant feat since many of these OEM fastener groups commented that typical sizes of fasteners used for under head sealing are less than 8mm in diameter (M8’s). Additionally, typical tightening torques for M8 and M6 fasteners are 23Nm and 9Nm respectively. Standard best practice for using larger fasteners with under head sealants is to do so in joints where consistent clamp loads are less critical. In these cases, the fastener is tightened below the recommended tightening torque for regular joints. So, what does this mean for fastener engineers?  It means that now they have access to an under head sealant that can be tightened to designed in torque loads without having to design/develop a work around!

The Proof’s in the Picture

For all electric vehicle companies, as well as traditional internal combustion engine companies who are making the move to EV’s, this development must be understood. Nylok’s newest under head sealant (NySeal® 2.0) is affectionately known as “The King of Under Head Sealants,” and is known by its distinctive purple color. Below is a photograph of NySeal® 2.0 on an M10 fastener, after being driven five times to 55 Nm. As you can see, the sealant is still intact, and has not been removed from the bearing surface. It still offers sealing capabilities, even after this extreme condition. The uniqueness of this sturdy under head sealant comes from its hardness, malleability, and superior adhesion to steel surfaces. More information will follow in a subsequent blog posting on best fastener substrates (finishes and topcoats) for adhering value-added materials like NySeal® 2.0.  Please visit our product page for more information on this product.

Good for Use Around Engine Transmissions

There are specific sealing situations, especially around vehicle transmissions, where fragmented particles can have detrimental effects. Because of the poor quality of other available pre-applied, soft polymeric sealants that are presently in the market, these types of applications often use alternates such as aluminum or copper washers. Frequently fastener engineers turn to expensive fastening designs to prevent leakage. Since NySeal® 2.0 has minimal to no fragmentation on installation, it reduces or eliminates the possibility of fouling the engine with sealant fragment debris. Since this material has such good adherence to a standard fastener flange, and superior mechanical properties, it doesn’t need additional and sometimes expensive designs to contain the sealant. This product could be used, not only for automotive, but also for any kind of small engines i.e. lawnmowers, snowmobiles, motorcycles, etc.

Companies that specialize in these engines, such as Briggs & Stratton, Toro, Cummins, Kohler, Kawasaki, and the like could all benefit from this technology. NySeal® 2.0 can also solve sealing issues in marine environments, both freshwater and saltwater. Boat owners could save themselves cost and aggravation by using the purple colored “King of Under Head Sealants” to shore up fasteners used in multiple areas. Dry storage, expensive/essential high-tech electronic enclosures, and the numerous joints subject to excessive noise, shock, and vibration will all benefit given the choppy and soggy conditions often seen on the water.

When some OEM’s were first introduced to Nylok’s durable under head sealant, comments and questions arose related to the hardness of the material. How could a hard material be effective in providing any effective sealing? The answer is that this material has the unique attribute of being very malleable, therefore allowing some “extrusion” of the material into crevices, channels, open spaces, or any void that could create a leak path. In other words, the material wants to flow when compressed. It has a balance of physical properties allowing the right amount of material cold flow, yet maintaining its integrity to hold up to high compressive forces without squeezing out.

Automotive industry knowledge suggests that fastener engineers are reluctant to apply traditional under head sealants to fastener sizes greater than M8, due to the higher installation torque requirements for the joint. The reasoning behind this is simple…the higher the tightening torque, the more likely that soft under head sealants will squeeze out of the joint and be ineffective in performing well in the application. This is not true, however, for NySeal® 2.0. Its robustness allows for extreme tightening without any squeeze out in the joint. This allows fastener engineers to maintain standard tightening strategies for fasteners, without the need for work-arounds.

Sealing under the head of fasteners for non-leak applications is needed across all industries.  Unfortunately, the current available products reveal that the preapplied sealants in the marketplace are soft, not able to withstand the tightening forces without “squeeze out,” and are not reusable. Since there are growing applications for reusability for fastener sealants, Nylok invented one; it has the trade name of NySeal® 2.0. This product is known by is characteristic purple color. It can withstand high tightening torques (50 – 95 Nm), and also be installed repeatedly without losing its sealing advantage. The “magic” is in its physical properties along with its excellent adhesion to metal surfaces. Even though it is a firm material that maintains its initial configuration, NySeal® 2.0 is malleable, making it prone to flow into cracks and crevices under load. With low clamp load loss adding to the benefits, this product is revolutionary in the marketplace. As you discover needs and new applications that aren’t served by under head sealants presently on the market, look up the purple product. We think that after you do your evaluations, you will agree that NySeal® 2.0 is “The King of Under Head Sealants.” What are you waiting for?

Our products serve customers around the world in a diverse range of industries such as automotive, aerospace/defense, electronics and industrial.

Can’t find it? Let us know what you’re looking for.